GANGSTERS INVADE SOUTHLAND CITIES.
Among gangsters and their hangers-on named were Abe (Longy) Zwillman, Frankie Carbo, Meyer Lansky, Allen Smiley, whose true name is Aaron Smehoff, Gerald Catena and William Bischoff.
When I met Daddy he had salty sea blue eyes and when my actions were worthy of laughter, his eyes retracted into a blur of skin. Dressed in perfectly matched shades of pink, silver and blue my child eyes rested cheerfully on his silk ties, a collage of jewel tones. The feel of his fabric was soft like blankets. He was very interesting to look at when I was a child and open to all this detail.
I clung to his neck in the back seat of his baby blue Cadillac. He sang songs and his hand fluttered about, catching me by surprise behind my head, and his laughter echoed in my ears. Sometimes we drove through the Paramount Studio Gates, and I was chauffeured in a cart to the Western Stage where we watched cowboys and musical dancers. I was too young to understand this was just a film; thus began my insatiable yearning to be a dancer.

Rory Calhoun was one of the stars Dad was close pals with.  Just this week I dug into research about Rory Calhoun. I learned he died in 1999, and that he’d also been a ward in Preston Reformatory where Dad was sent at eighteen years old. Rory came a few years later.

We spent a lot of time with the Calhoun family. They had two girls the same age as me. Their exotic Spanish villa on Whittier Drive and Sunset enraptured my girlish senses.  Inside it was like a movie set, with animal rugs, oil paintings of Spanish Troubadours and Moorish decorations. Rita, Rory’s wife, wore tiny stacked high heels and she clicked across the Spanish tiles like a flamenco dancer. The whole family was blessed with dreamy looks. I didn’t realize that I was surrounded with extraordinary beauty; everyone had these exceptional vogue looks. The importance placed on that kind of beauty was just as distorted as my examination.
Rita danced a stern feminine demeanor, extremely seductive but not without a battle. I learned my first lessons about temptation just by watching her. She fanned the room with perfume and laughter, and men just succumbed like drugged animals. I felt my first tingle of sexuality in the arms of Rory. He was a treasure of natural emotion, physically and orally.   They both gambled, borrowed money from the other, and they bet on everything.
On Sunday we went to Beverly Park, a cherished  amusement park across from where the whimsical Beverly Center shopping Mall is today. I was only two years old when Dad slung me over a big stinky pony, and insisted I ride around the ring so he could snap photographs.
Inside the Cadillac, insulated from the outside world by metal and glass, he drove without intention of destination, or so it seemed. Though I didn’t know it, he often changed directions to confuse a tailing federal agent. The places he took me became our secret. Sometimes he asked me to close my eyes and count to a hundred. It was a game; he wouldn’t tell me where we were going. I’d open my eyes and we’d be somewhere unfamiliar, a storefront, hotel room, or someone’s home.
When the Ringling Brothers Circus came to town, Dad took me every weekend and I met some of the performers. He was no less enthusiastic about the circus than I was. Now I understand as I’ve learned he traveled with Ringling Brothers for a year just after he landed in New York. He was in the wardrobe department! How suitable to his style. Everyone we knew was in some kind of act.

I remember places like Canters Deli on Fairfax. We always had the same waitress, the one with a big air-tight bee-hive.
“ What’ll it be today honey?”
“ I’ll have a hot dog.”
“ No. Last time you got sick. Honey, get her a turkey sandwich. I have to talk to some people outside–make sure she doesn’t leave. “
“Sure thing Mr. Smiley, you go ahead.”
“When are you coming back Daddy?”
“When you finish your lunch. Be a good girl.”
While I waited for the sandwich, I watched the waitresses very closely. They entertained me; their husky voices and swift mannerisms as they swooshed between tables, calling out orders, “ Matzo ball soup–chicken on the side, Russian on rye no mayonnaise.” Sometimes he left me long after the sandwich was gone. I’d turn and watch the door, to see if he’d come in, or ask the waitress.
“ Would you please tell my father I’m finished.”
“Finished already! What about dessert? How about a slice of cheesecake?” Even if I said no, she’d bring me dessert. Several times I was left so long that I got up and went outside looking for him. I noticed my father down the street talking with some other men. I ran back to the booth and waited. When he came back to the table, I asked him,
“Where were you Daddy?”
“I had to meet someone about business. You remember what I told you—Mommy doesn’t have to know about this.”
“I remember.” Why my outings with Dad remained fixated as birth marks is because they were filled with wonder, amusement, and mystery. My father mixed a little business with my pleasure, but it wasn’t obvious because no one had an office. His business associates worked out of shoe stores, cigar stands, hotels, barber shops; all sorts of fronts that camouflaged the booking of bets.

I bet too. That when I lose I  never give up on the silver lining. 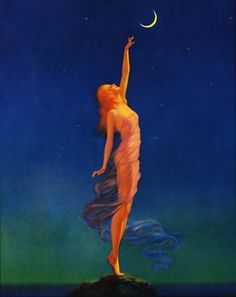